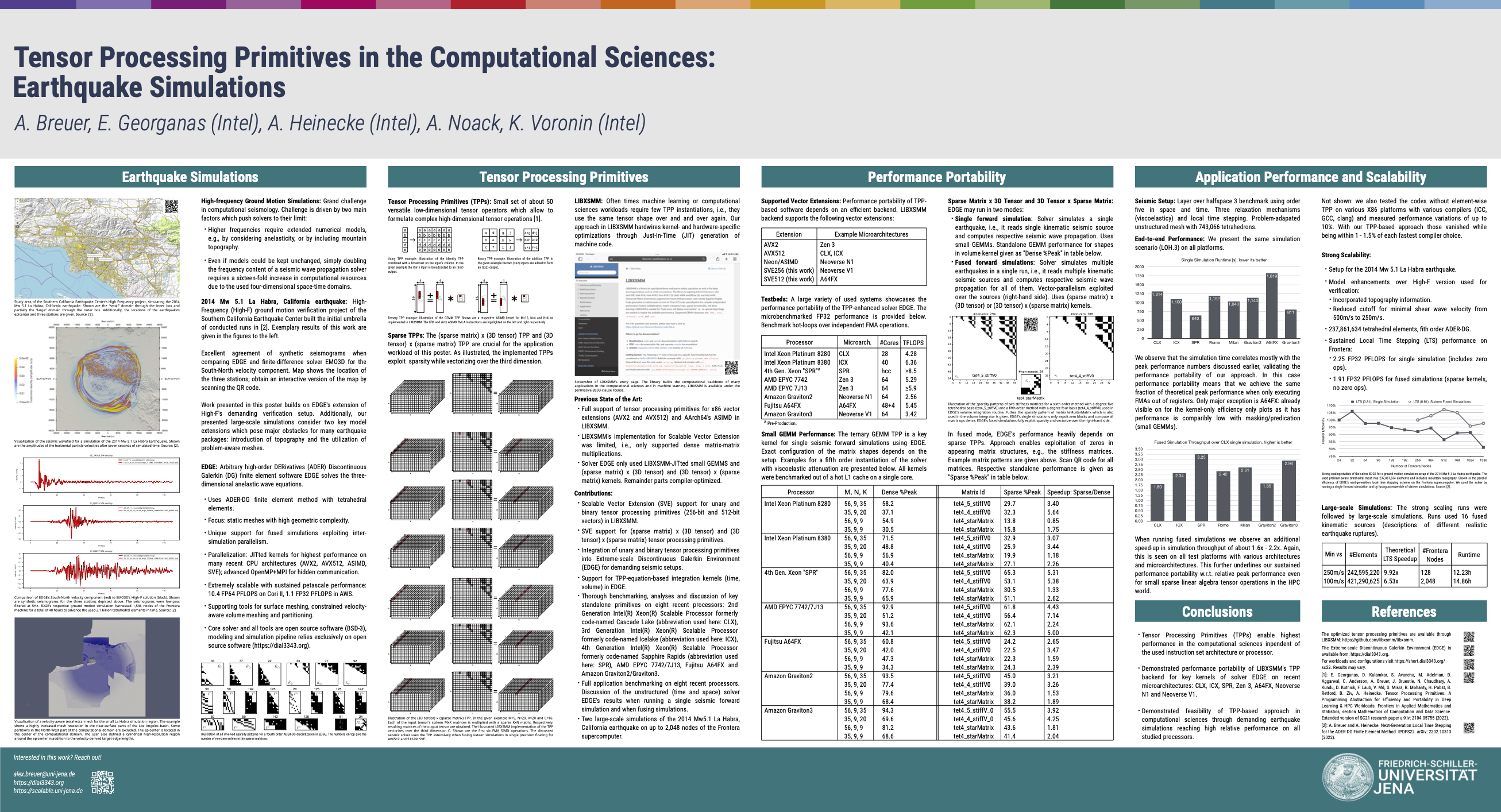 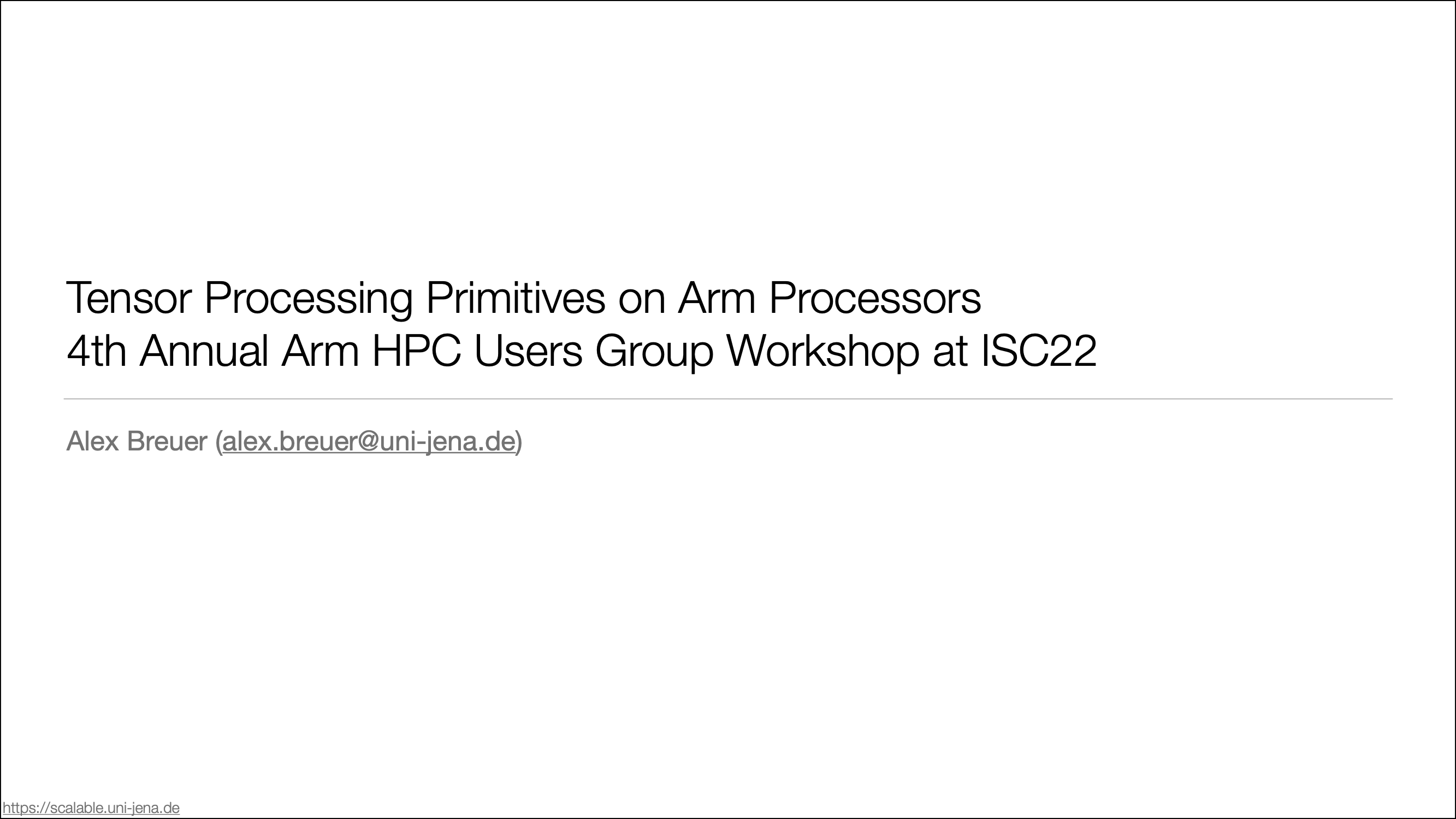 Our lab presented the research paper Next-Generation Local Time Stepping for the ADER-DG Finite Element Method at IPDPS (slides). Further, we presented the current status of bringing tensor processing primitives to Arm processors at the 4th Annual Arm HPC Users Group Workshop. The discussed results include the performance of JITted small matrix multiplication kernels for a large range of processors, i.e., Fujitsu’s A64FX (ASIMD and SVE), Ampere’s Altra (ASIMD), Amazon’s Graviton2 (ASIMD) and Graviton3 (ASIMD and SVE), and Apple’s M1 (ASIMD and AMX). As can be seen in the slides of the presentation, our added support for the best-suited extensions of the Arm Architecture is crucial for unleashing the full potential of the respective processors.

The work Next-Generation Local Time Stepping for the ADER-DG Finite Element Method enhances the solver EDGE across the entire modeling and simulation spectrum. A core contribution is the presented new and highly efficient local time stepping scheme for the ADER-DG finite element method. This schemes outperforms the previous state of the art by 1.48x in a common setup. Additional contributions cover the incorporation of the anelastic wave equations into the solver, a new communication scheme which minimizes the pressure on the memory and network, and an end-to-end preprocessing pipeline which enables efficient and large scale high-frequency ground motion simulations.

Our study of EDGE’s fused simulation capabilities shows a parallel efficiency of over 95% when strong scaling from 256 nodes to 1,536 nodes of the Frontera supercomputer. Ultimately, we were able to improve the solver’s single-simulation time-to-solution of a demanding setup by over 10x. For this setup we achieved a hardware performance 1.91 non-zero FP32-PFLOPS on 1,536 nodes (86,016 cores) underlining EDGE’s unprecedented computational efficiency, algorithmic efficiency and scalability.

The final version of this work will be presented at the 36th IEEE International Parallel & Distributed Processing Symposium (IPDPS). IPDPS 2022 will be a virtual conference happening in the time frame from May 30 - June 3. 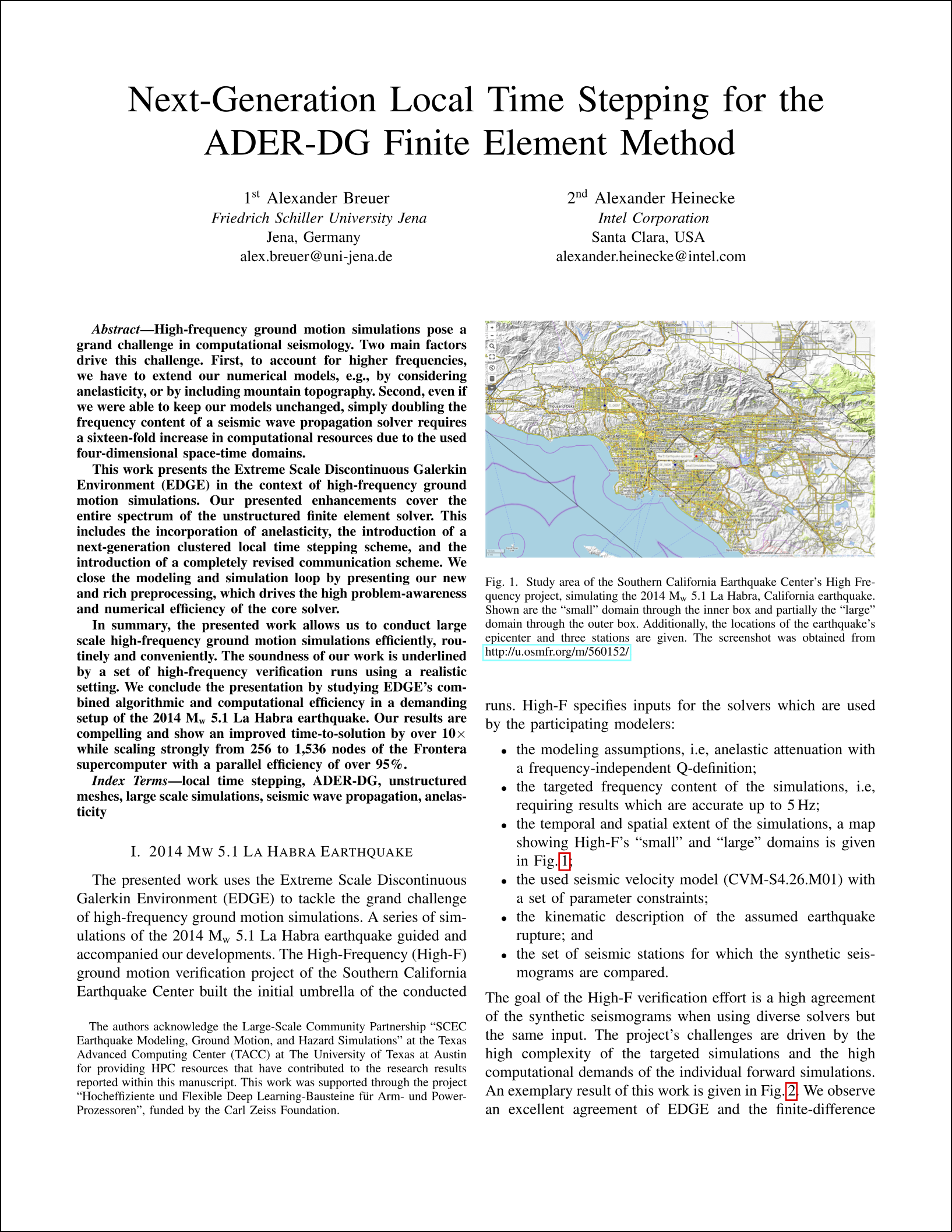